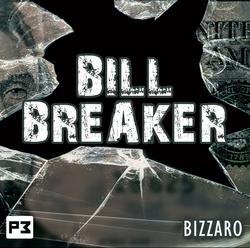 The fastest and easiest visual bill-change we've ever seen.

Bizzaro, the creator of the Color Changing Sponge Ball, is back with an effect that is quick, visual and requires little explanation.

Imagine turning a five dollar bill into five ones with the wave of your hand. Bill Breaker gives you an opportunity to catch your audience by surprise by performing magic with a normal object. Bill Breaker can be performed as a simple and visual bill change, a bill to bill transposition or as the making change effect. You can perform Bill Breaker in line at the grocery store, in a crowded bar and, especially, at your next strolling gig.